Home
About Us
Products
Case
Join Us
News
Contact Us
Cause analysis and preventive measures of the whitening on the surface of real stone paint
Category: Common problem
Date: 2019-11-16
Click: 1957
Author: 福萊特
Original Link: displaynews.html?id=3475244291572544
When the external temperature is low or the water vapor is large, the water in the real stone paint will condense under the finish coating, causing the surface to be white;
In recent years, our company has investigated some construction enterprises and customers, and found that in case of rainy or cold weather, a small piece or several small pieces of wall painted with real stone paint will appear, which is different from other parts in light color or white area. Especially in rainy season, the place where the rainwater at the outlet of the water pipe erodes sometimes also appears white, commonly known as "white surface". When the weather is fine or the temperature rises, the phenomenon of "white surface" will disappear naturally. This kind of phenomenon will occasionally occur once in some projects, and some will repeat several times until the next year or the temperature rises. In view of this phenomenon, the technical department of the company consulted many senior experts, and carried out a long-term investigation and a large number of experimental comparison and sampling research, and finally found out the cause and solution of "white surface" phenomenon of real stone paint. 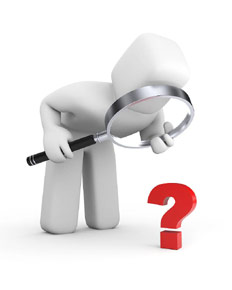 According to the investigation, the phenomenon of "white surface" can be caused by the following reasons:

2) the dryness of the wall is not enough, the density of the plastering surface is low, and the part of the sealing primer is not brushed or brushed compactly, which causes the water in the wall to penetrate into the real stone paint coating which is not completely vitrified. When the external temperature is low or the water vapor is large, the water in the real stone paint will condense under the finish coating, causing the surface to be white;

4) if the non-conforming top coat is used, the water resistance of the top coat is poor, or there is a lack of brushing or insufficient brushing times during the construction of the top coat, which leads to the invasion of external moisture and also causes the surface to be white;

5) the formulation system of real stone paint has defects and poor water resistance, which will not only cause a large area of white surface, but also crack and fall off;

In view of the above reasons, the following measures are recommended to prevent the occurrence of "white" phenomenon of stone paint finish:

2) emulsion paint sealer shall not be used instead of real stone paint sealer, because the functional systems of the two products are different, and the primer of general coating requires a certain degree of vapor permeability, while the special primer of real stone paint has a small vapor permeability, which can isolate most of the water vapor in the wall;

3) for the wall with poor drying or uneven drying, the epoxy series sealing primer should be selected, and the painting must be tight and in place, without missing or missing, so as to increase the barrier of water in the wall;

5) try to use oil resin finish or finish with high weather resistance, and brush it tightly in place to increase the protection of real stone paint and prevent the invasion of external water vapor;